The mental health benefits of spending time in nature

Find your feelgood in the great outdoors! 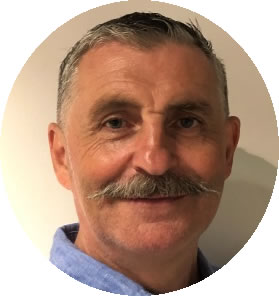 With 30 years’ experience in the UK healthcare arena (both public and private), Eugene provides thought leadership for AXA and is our Mental Health Consultancy Lead.

Did you know that time in nature – just two hours a week – is enough to improve our physical and mental health?1 In fact, just being amidst green space – be it in a forest, field, garden, tree lined avenue, or a plant-filled corner of your home, helps us feel calmer, and able to cope with life’s stresses.

Recognising the benefits of nature on reducing blood pressure and anxiety and increasing happiness, GPs have even been prescribing time in nature as part of their patients' treatment in parts of the UK since 2018, following a successful pilot in Shetland3.

Eugene Farrell, mental health lead at AXA Health, says: “There’s plenty of science on the healing power of nature and its ability to help us feel better, especially during challenging times. Taking time out of the day to have a walk somewhere green has real mental health benefits. It helps to decrease stress, increase short term memory, cognition and even helps with creativity – in short, it calms the mind and makes us feel really good! Unplugging from daily life and getting outdoors allows us to focus on the now, on being present and mindful and that in itself does wonders for overall wellbeing.” 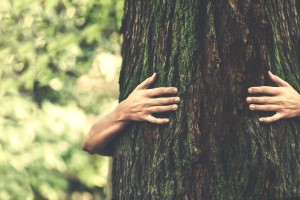 NHS Forest has been promoting green spaces for good health and wellbeing for over 10 years, highlighting the restorative and therapeutic effect on the mind and body that trees and woods can have. In recent years, ‘Forest bathing’ has really taken off as a feelgood health activity. ‘Shinrin-yoku’ (forest bathing), was first developed in Japan in the 1980s after scientific studies conducted by the government found that two hours of mindful exploration in a forest could improve stress levels and increase concentration and memory. They also found that trees release chemicals called phytoncides, which have an anti-microbial effect on human bodies and can boost the immune system. As a result of this research, the Japanese government introduced shinrin-yoku as a national health programme.

Despite the name, forest bathing has nothing to do with getting in water with your speedos and everything to do with mindful time spent in your local green space, including your garden if you have one.

Being among nature and green space isn’t just great for mental health, as the physical health benefits of being active outside are also well documented, from decreased blood pressure to getting a Vitamin D boost, to improved self-esteem – with outdoor movement gaining a new term in recent years known as “green exercise”.

Green exercise is defined as physical activity in the presence of nature and is a term that was coined by the University of Essex in 2003, when a research team was set up to look at where, when, how and why green exercise brings health and well-being benefits.

With people spending, on average, 90 percent of their time indoors6, potentially undermining our physical and mental health, the green exercise movement has picked up pace in recent years with more people recognising the positive impact that being outside, whatever the activity, can have on health and wellbeing. Essentially, the combination of physical activity and time outdoors, really taking in what you see, hear and smell, really supercharges the ‘feelgood factor’ you get!

Taking a walk in nature, especially a brisk one (walking at a pace that gets your heart beating faster, but you can still hold a conversation) is a great health all-rounder. If you don’t feel motivated to walk alone why not rope in other members of your household or support bubble. Being active with others not only helps with motivation but it's also a great mood booster.

If these facts alone don’t have you reaching for the door, some of the greatest minds in history were renowned walkers, using it as a way to clear the brain, solve problems and boost creativity:

Greek philosopher, Aristotle, conducted his lectures while walking the grounds of his school in Athens. Prolific author Charles Dickens would go for a long walk after daily periods of writing, and at night when he couldn’t sleep. Beethoven would apparently walk whatever the weather and would carry a pen and sheets of music paper in case inspiration struck. Even former President of the USA Barack Obama is known for his walking meetings, as is Facebook founder Mark Zuckerberg.

What are you waiting for? Get outside and find your feelgood!

It’s cool to be kind

Imagine being the reason someone smiles today. Dr Mark Winwood, Clinical Lead for Mental Health Services at AXA Health, shares the psychology of kindness and some of the ways we can all benefit.

How to talk about mental health

Whether it’s you who’s struggling with a mental health problem or someone you care about, talking about it can make a huge difference. AXA Health's 24hr information and support team share their tips for kick-starting the conversation.

Taking a break from the norm can do wonders for our health and wellbeing, but you don’t have to go abroad, or even leave home to feel the benefits. Finlay Haswell, Programme Lead Physiologist at AXA Health, shares some great tips to help you make the most of your staycation.

Globally, on average one man dies by suicide every minute of every day. AXA Health experts look at what can be done to help reduce this alarming statistic, and share their tips on starting a conversation that could save a life.

Do you say ‘yes’ to things but then regret it? Saying 'no' can be difficult, but it can be helpful for our wellbeing. AXA Health Psychological Coach, Nicola Baxter shares tips on why and how to say no.

Realistic goals to set for 2021

After the year we’ve just had, it's time to be kinder to ourselves. So if you're setting goals for yourself in 2021, think about what will truly contribute to a happier you. What are the things that make you feel good, that bring you joy?

Self-care: an indulgence, or a modern-life necessity?

Taking a step back to look at why we’re busy, what we could do less of, accept help with, or simply omit from our lives is an important step in self-care...

How to get a hygge mindset and feel good this winter

Hygge (pronounced hoo-ga) is the Danish word for a mood of contentment and wellbeing that comes from looking for the best in situations...

How to turn your fears into motivation

At 61, Chris Zaremba is a dedicated gym-goer and marathon runner with a body age of 35. But this hasn’t always been the case. 11 years ago, losing his pilots license because of his weight, coupled with the fear of dying early motivated Chris to take responsibility for his health and wellbeing.

As lockdown measures start easing and the days, for some, begin to resemble a little more of our lives pre-coronavirus, we understand that there may be a sense of anxiety about the uncertain upcoming changes to our lifestyles. We’ve asked Dr Mark Winwood, Clinical Lead for Mental Health Services at AXA Health, for some of his top tips for coming out of lockdown.

It’s normal to fear change because it takes us out of our comfort zone, but stretching our boundaries can also open up a whole world of opportunities. AXA Health Junior Physiologist Jermaine Izukanne shares his top tips on how to make positive changes to our life.

Looking after yourself during self-isolation

Not knowing when we may be able to return to our normal routine makes it all the more important that we stay mentally well and be kind to ourselves through these uncertain times.