How to have a healthy gut 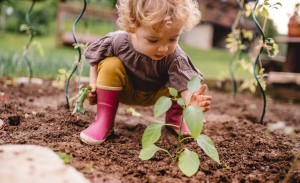 Good digestive (gut) health is the cornerstone of our immune system, helping to fend off illnesses and help us thrive. It will come as no surprise, then, that looking after our guts and understanding a bit more about what they do for us is an important part in staying healthy.

Kick-started the moment we start chewing – our digestive organs (intestines and bowels – aka guts) turn food and liquid into energy, providing nourishment for our body so we can function at our best. In other words, our diet – what we eat and drink – plays a massive role in keeping our guts in check.

Other lifestyle factors can also affect our digestive health, such as how physically active we are, whether we smoke, and our emotions. The term ‘gut feeling’ originally came about because our gut is sensitive to emotions, stress, anxiety and depression – these all have a direct effect on the digestive tract (if you’ve experienced butterflies, you’ll know). It's medically proven that people who do regular physical activity have up to a 50% lower risk of colon cancer.

“Our gut health reflects our lifestyle habits, so making healthier lifestyle choices when we can is one of the best ways to avoid preventable ill-health. Looking at what we put into our mouths is a good place to start, so eating lots of fibre-rich food every day should be first on the list!

The shorter the time that waste (poo) is left in the colon, the less likely the bowel is to be exposed to toxic chemicals which may contribute to an increased risk of bowel cancer.  These vitamin, mineral, and fibre-rich wholefoods also contain anti-oxidants, which can help protect against cell damage.

“Eating a variety of brightly coloured plant foods ensures that plenty of important antioxidants are included in your diet”, says Rajkeeran.

A great deal of our daily requirement for water is used for digestion and the elimination of waste products from the body.

“Drinking at least 2 litres, or 6-8 glasses a day is important not only to help stay well hydrated, but also help to prevent constipation, which is one of the first symptoms of habitual dehydration”, says Raj.

“Many of us may exist in a semi-dehydrated state, which can often lead to niggling health problems that we might not realise are connected, such as indigestion, bloating, irregular bowel movements, as well as headaches and lack of concentration. The key to staying hydrated is to drink little and often throughout the day.”

Read more about the importance of hydration here.

While not everyone needs to avoid gluten, some may benefit by choosing non-gluten cereal grains like rice more often, as these are more easily digested and gentler on the gut. The starch in rice, particularly Basmati rice1, is digested and absorbed slowly, thereby providing a steady release of glucose into the blood for sustained energy.

Based on several scientific studies, rice and rice-based meals are normally well tolerated and may even help to improve gastrointestinal symptoms in functional gastrointestinal disorders (FGID)2 .

There are many health benefits associated with ginger. Compounds called gingerols have anti-inflammatory properties4, helping reduce pain in conditions such as arthritis. Ginger root has been historically associated with helping to sooth the digestive system and stomach pains by eliminating excess gas, as well as being found to reduce symptoms of nausea and vomiting. The research on ginger and it’s medical use dates all the way back to 400 BC in Chinese remedies5.

Try adding fresh ginger to hot water to make a warming drink, perfect for a cold day! You can also get ginger in ground or powder form which you can add into your cooking. There are many different ways6 you can include ginger in your food intake – the key is variety.

Pears are known to be one of the least allergenic foods and are very gentle on the gut, so are well tolerated by almost everyone. Pears are good sources of the soluble fibre pectin and of bioflavonoids, which are powerful antioxidants and may protect against a range of diseases7. Not only do antioxidants have the ability to eliminate / reduce the risk of damage from free radicals in our body but they can also contribute to the protective effect against the risks of certain disease such as cardiovascular disease (CVD), cancer and type 2 diabetes8.

Pears also make a useful contribution to vitamin C and potassium intake, which can help to regulate blood pressure.

Probiotics, or 'friendly bacteria' as they are often known, help to maintain a healthy balance of so-called good and bad bacteria in our gut, This balance of microbes, also known as the gut flora, can be thrown out by a wide range of circumstances, including the use of drugs, excess alcohol, stress, disease or exposure to environmental toxins. When this happens it can lead to an increase in the harmful bacteria that cause ill-health.

Probiotics are often recommended for problems such as diarrhoea or irritable bowel syndrome (IBS), or after a course of antibiotics that has resulted in constipation.

Raj says: “Including plain live yogurt in your diet, subbing it for coconut milk in curry, or adding it to fruit or cereals will give you what you need. You don’t necessarily need branded products specifically marketed as ‘gut friendly”.

Prebiotics are nutrients and constituents of food that our gut flora feed upon, thus increasing the number of microbes found in the gut. Prebiotics include compounds known as fructo-oligosaccharides, which are found naturally in many complex carbohydrates and plants, including leeks, onions, wheat, garlic, chicory root and artichokes. The prebiotic ‘inulin’ is now being added to some brands of breads and cereals.

Prebiotics helps the growth of the 'friendly bacteria' in the gut, which in turn aids digestion, improves gut health and boosts the immune system. It may also help reduce the severity of food poisoning and the effects of food intolerance.

Peppermint tea is thought to help food digest after a meal, preventing bloating and heartburn. Ginger tea may help upset stomachs and prevent nausea, while soothing and comforting fennel or chamomile teas may help with symptoms of IBS, which is strongly associated with stress.

Raj says: “Digestive health is so important but often overlooked. Our diet plays a key role in healthy digestion - not forgetting other factors such as regular physical activity9, limiting toxins from alcohol intake and cigarette smoking.

“It’s easy to be seduced by “detoxing” products found online in the form of teas, powders or pills, but these ‘quick fixes’ aren’t backed by science, can be misleading and in no way substitute a healthy balanced diet.

4. Getting to the Root of Chronic Inflammation: Ginger’s Antiinflammatory Properties - Science Direct

6. Ginger as a Spice and Flavorant - Science Direct

What our health experts eat for breakfast - and why

With breakfast being a meal that has come under some scrutiny or been made unnecessarily confusing over recent years, we wanted to share what our health experts eat to set them up for the day ahead, to show just how diverse a breakfast can be.

How to cater for vegans at Christmas

Georgina Camfield, associate nutritionist at AXA Health, offers delicious vegan alternatives to festive favourites for everyone at the table to enjoy.

If you have been diagnosed with IBS, it’s important to keep track of your symptoms, as this can be helpful in managing the condition.

How to take better care of your health and wellbeing

Vitamins are a way of supplementing your diet, which people only tend to consider as health or age-related issues emerge.

Food to fuel your feelgood

Can the food you eat really improve your mood? Yes, according to Raj Kundhi, Registered Associate Nutritionist (ANutr), here at AXA Health.

Sugar – it’s sweet, delicious and, when consumed as part of a balanced diet, is definitely not something (else) to feel guilty about...

Healthy eating doesn’t have to mean taking the enjoyment out of food. It’s possible to have fun and make delicious meals using healthy ingredients with a few little tricks and hacks along the way. Ceitanna Cooper, Registered Associate Nutritionist at AXA Health shares her top 6 tips for keeping your diet interesting.

Salads may once have conjured up an image of limp leaves and tasteless tomatoes, but not any more. AXA Health associate nutritionist, Raj Kundhi shares her tips for making vibrant, nutritious and above all, delicious salads worth celebrating!

How much salt should you eat per day?

We need a certain amount of salt in our diet for good health, but too much salt can cause high blood pressure and increase the risk of heart disease and stroke, Here we look at how to get the balance right.

What is intuitive eating and is it right for you?

Intuitive eating is the ‘anti-diet’ approach to nutrition. AXA Health Registered Associate Nutritionist (ANutr), Gina Camfield explains how it can help you rebuild a healthy body image and make peace with food.

The psychology of eating

AXA Health nutritionist and physiologist, Polly Smith explores the link between our diet and our thoughts and feelings, as well as how to develop a healthy relationship with food.