Sleep apnoea and other disorders 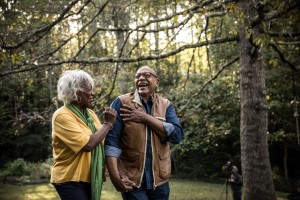 As a nation we’re not getting enough sleep. According to The Sleep Council, more than 19% of us go to bed after midnight,1 meaning we’re unlikely to be getting the recommended 6-9 hours a night, especially if we’re getting up early for work. For some of us though, it’s a sleep disorder that’s keeping us awake. Insomnia, for example, affects around 37% of the UK adult population and the more alarming condition obstructive sleep apnoea (OSA) affects an estimated 1.5 million or nearly 8% of adults in the UK, according to a report from the British Lung Foundation.2

But what is a sleep disorder and what are the different types that can affect some people? We’re exploring some of the most common sleep disorders and the treatments recommended for each.

What is a sleep disorder?

Sleep coach Carolyn Burke from The Sleep Advisor, reports that 16 million adults are suffering from sleep problems.3 At some point in our lives we may all experience a lack of sleep and can put it down to stress, travel, a new baby or other disruption in our normal routine. But when it’s a regular occurrence and it interferes with your daily life, you may be suffering with a sleep disorder.

A sleep disorder is a condition that frequently impacts your ability to get enough quality sleep. While it’s normal to occasionally experience difficulties sleeping, it’s not normal to regularly have problems getting to sleep at night, to wake up feeling exhausted, or to feel sleepy during the day.

How sleep disorders affect your health

Short term effects of a lack of sleep can cause irritability, trouble focusing and decision making and feeling sluggish throughout the day. It can also affect your memory. And the long term, cumulative effects can be more serious. Says AXA Health Physiologist, Daniel Craig, “untreated sleep disorders can result in more than half of the leading causes of death, including cardiovascular disease, diabetes and hypertension.”

Common sleep disorders and how they can be treated

You may have already heard of these sleep disorders by name but not know what they actually are, or how they can be treated. We’re taking a look:

Affecting 1 in 3 people in the UK4, insomnia is difficulty in falling asleep, or staying asleep long enough to feel refreshed the next day.

If you have insomnia, you may:

It’s not always clear to find the cause but it’s said that stress and anxiety, a poor sleeping environment, depression and caffeine or alcohol can make it worse.

With the aim of getting a good night’s sleep there are a number of options for sufferers to try:

As well as trying these steps, it’s advised to speak to your GP. The first step they might recommend is a special type of cognitive behavioural therapy (CBT) designed for people with insomnia. It involves a talking therapy that aims to help you avoid the thoughts and behaviours affecting your sleep.

Prescription sleeping tablets are normally only considered as a last resort, as they can have some side effects and become less effective over time.

This is where a person’s breathing starts and stops throughout the night, caused by their throat tissue and muscles relaxing and collapsing. It’s this collapsing that results in a blockage of their airway, and when it’s blocked for 10 seconds of more it’s called an apnoea.

NHS Inform explain that during an episode, the lack of oxygen triggers your brain to pull you out of deep sleep – either to a lighter sleep or to wakefulness – so your airway reopens and you can breathe normally.5

Sleep apnoea usually results in snoring and laboured breathing and being woken throughout the night when the breathing stops, which leaves the sufferer exhausted the following day, but often with no recollection of why. For this reason it’s estimated that some 85% of OSA cases go undiagnosed, and it’s often f not until a close friend, partner or family member picks up the symptoms that the condition is recognised.

And it’s important that it is. According the British Lung Foundation report referenced above, undiagnosed OSA is closely associated with serious health problems, including hypertension, diabetes, stroke and heart disease. It can shorten life expectancy, lead to road collisions caused by undiagnosed sleepy drivers, and affect relationships. So if you think you may be affected, it’s important to seek help.

Sleep apnoea can be managed. Treatments can include:

Described as having an uncontrollable urge to move your arms or legs when resting or lying down, restless legs syndrome is a sleep disorder that can repeatedly impact your sleep.

Also known as Willis-Ekbom disease, restless legs syndrome is a common condition of the nervous system, which can also result in a crawling or creeping sensation in the feet, calves and thighs. According to the NHS, in the majority of cases, there’s no obvious cause but some neurologists believe the symptoms of restless legs syndrome may have something to do with how the body handles a chemical called dopamine, the chemical that controls muscle movement.6

Mild cases are said to not be linked to any underlying health condition, so treatment would be down to making some lifestyle changes. In some cases, however, the syndrome is caused by a lack of iron, so being prescribed supplements to regulate iron levels can help.1

Some other things that can help include:

Narcolepsy is a chronic sleep disorder that affects the part of your brain that regulates sleep. People with this condition experience excessive sleepiness during the day and often have sudden episodes where they fall asleep during normal activities.

“Ordinary daily activities such as driving, cooking, or even walking can become dangerous, and extreme daytime sleepiness can put a strain on work, school, and intimate relationships,” says Dan.

Affecting 1 in 2,000 people, there is yet to be a cure for narcolepsy, but there are ways to manage the condition.

It’s very common for those with narcolepsy to suffer from depression, as many symptoms of narcolepsy, particularly sleep attacks, can impact your ability to live a normal life. “These episodes can be frightening, and you may become depressed because of the sudden lack of control. Fear of falling asleep or collapsing suddenly leads some people to become reclusive and withdrawn. Reaching out to a psychologist, counsellor, or narcolepsy support group can help you cope with the effects of the disorder.”

They also highlight some lifestyle changes that can help:

Parasomnias is the name given to a group of sleep disorders, including sleepwalking, sleep terrors, sleep eating disorder, sleep paralysis, nightmares, bedwetting, teeth grinding (or buxism) and sleep talking or groaning (known as catathrenia).

All of these disorders involve unwanted events or experiences when you are falling asleep or waking up. Sleep parasomnias may be triggered by stress or anxiety, certain medications, irregular sleep schedules or sleep deprivation and neurological conditions, like Parkinson’s disease or ADHD. They tend to be more common in children than adults.

Treatment for parasomnias varies depending on the particular condition, severity and the cause, but will in the first instance include improving sleep hygiene and making the sort of lifestyle changes discussed throughout this article, to help mitigate harm caused by a long-term lack of good quality sleep. It’s also important to safeguard parasomnia sufferers against harm, for example in the case of sleepwalkers, locking windows and doors and where possible sleeping on the ground floor; or wearing a mouth guard to prevent wear and tear caused by teeth grinding.

Other more general measures may include:

Getting help for sleep problems

If a lack of sleep is affecting your daily life and you’ve tried some self-help tips that aren’t working then speak to your GP. They can offer advice and point you in the direction of support groups or different types of therapies; as well as look at whether you have a deficiency in something that’s causing your disorder.

The NHS also recommends contacting your GP if you have insomnia that lasts for more than 4 weeks.

Shona Vertue is a personal trainer, yoga teacher and creator of the Vertue Method, which combines weighted resistance training and cardio with yoga and meditation. Shona shares her top tips with us on how to improve our quality and quantity of sleep.

Tips to help fight fatigue and boost your energy

Fatigue can be caused by many factors and these often work in combination. AXA Health Physiologist Jermaine Izukanne looks at the symptoms and causes of fatigue and how we can help banish long-term tiredness for good.

How to deal with disrupted sleep patterns...

Who can compose the better lullaby – a human or a machine?

Lullabies have lulled all of us since 2000BC...

In conjunction with YouTuber WhispersRed, AXA Health has the pleasure of sharing this one of kind audioscape.

We explore the power of different sound frequencies

Find out the positive benefits of skipping your afternoon cuppa or coffee and cutting down on your caffeine with AXA Health.

Sleep tips for all ages

AXA Health Junior Physiologist, Lauren Davenport, explains how our sleep requirements change over time, and how lifestyle changes can help improve your sleep at all ages.

If we want to stay well, we need to recognise the importance of sleep as a key component of a healthy lifestyle, in the same way we might our diet, fitness and our mental wellbeing. AXA Health senior physiologist, Daniel Craig explains why...

We unpick the truth behind some common beliefs about sleep, to help you find what works for you.

Have you noticed that when you feel good about yourself, you work better?

Can our diet affect how well we sleep?

Associate nutritionist, Georgina Camfield explains the relationship between our diet and how well we sleep and suggests which foods may help – or hinder – a good night’s rest.